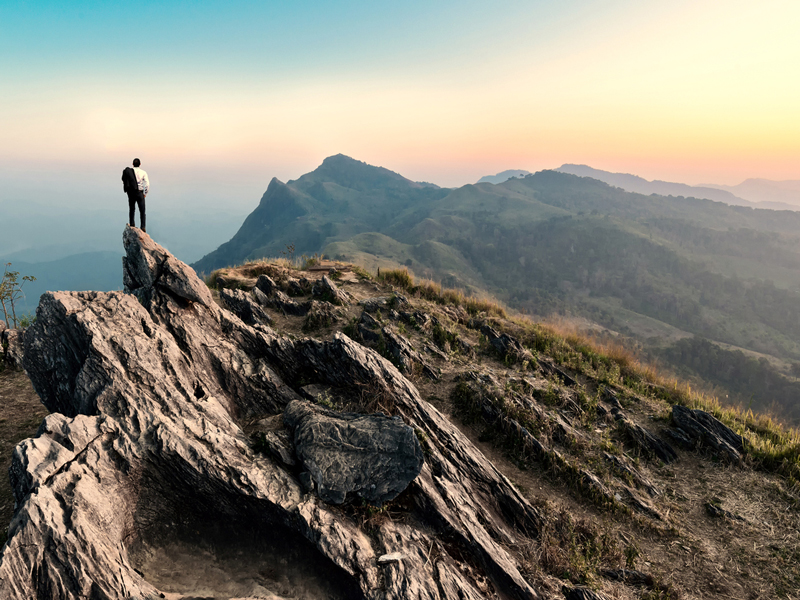 “God has skyscraper promises all throughout His Word.”

When have you taken a giant step of faith and fully trusted God to provide for your needs? Pastor Peter and Carolyn Haas of Substance Church refer to Ephesians 3:20-21 to illustrate one of God’s promises to His people.

“Now to him who is able to do immeasurably more than all we ask or imagine, according to his power that is at work within us, to him be glory in the church and in Christ Jesus throughout all generations, forever and ever! Amen.”

During a season of growth at Peter’s church, he and his wife Carolyn spent time in prayer to determine how much God would have them give to the new efforts.

“As we were praying about it I felt like the Holy Spirit said ‘Empty your bank accounts. I want you to give it all.’”

Peter turned to his wife, shaken, to find that the Lord had led her to the same conclusion – give it all away. The couple had been saving for a house for over five years. Despite the original plan, they took steps to empty their accounts and gave it to the church expansion efforts. No one in the church knew what they had done.

“I’ve never given away that much money before and I’m not going to lie to you. It was hard.”

How did God honor their obedience?

“The moment we did that, our church income almost immediately bumped up by almost twenty-five thousand dollars a week, over a million dollars a year. Out of nowhere.”

Someone in the church even approached Peter and Carolyn and, prompted by the Lord, gave them money for a down payment on a house. A door also opened for Peter to write a book. God provided for their family, once they stepped out in faith. God doesn’t promise us financial ease in this life, but He does promise to provide for His people and expand His kingdom – both of which happened as a result of Peter and Carolyn’s obedience.

God was calling them to faith, just as He calls each of us. He dares each of us to trust that He is bigger, to dream bigger dreams and to take Him at His word.

“God shows up in bigger ways [than we imagine], and I think sometimes we just don’t accept the challenge.”

What dream is in your heart? What might you have to give up in order to realize it? If God is nudging you to do something, consider His promises and step out in faith. The fruit will come as a result of your obedience. Are you afraid of what might happen? Remember that God is a good Father who has the best in mind for His children. Step out, and watch Him miraculously provide.

“God wants to do that with all of us. It’s just a matter of understanding how deep, how wide, just how big His love is.”

You can find more principles of faith in Peter’s book,  .

“God has skyscraper promises all throughout His Word.” When have you taken a giant step of faith and fully trusted God to… “God has skyscraper promises all throughout His Word.” When have you taken a giant step of faith and fully trusted God to provide for your needs? Pastor Peter and Carolyn Haas of Substance Church refer to Ephesians 3:20-21 to illustrate one of God’s promises to His people. “Now to him who is able to do immeasurably more than…