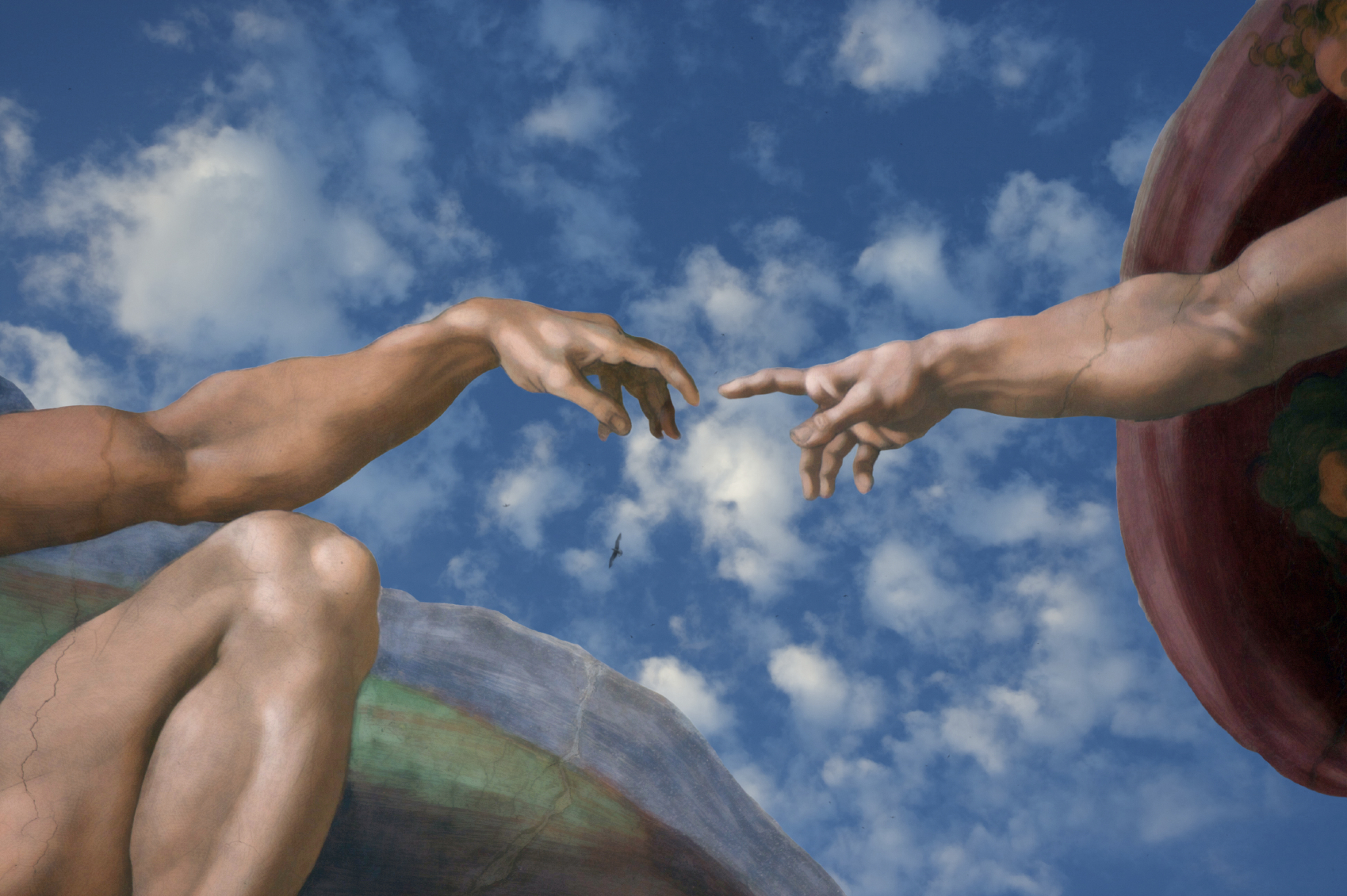 Where do we come from and why does it matter?

As we look to the beauty of an impossibly blue sky, take in the vastness of the ocean, or consider the majesty of a soaring mountain peak, the question is unavoidable – how did this all get here?!

And when we consider the stunning complexity of the human body – from the workings of the eye to DNA to the cell – it’s hard not to wonder, how did this all come to pass?

And beyond just our curiosity, why does it matter where we come from and how we got here?

Nearly a century after the Scopes Trial, the debate between those advocating a completely natural & unassisted explanation for our origins and those who advance the notion that something greater is at work here has never been more fiery. And the consolidation of a number of high profile scientists and thinkers behind a theory of Intelligent Design has revitalized the conversation.

In an effort to dig deeper into this debate, we go back On the Road with Dr. Bruce Simat. The good doctor is an Associate Professor of Biology at University of Nothwestern, Saint Paul and has played a central role in this debate, offering testimony on the biological evidence for human origins in a high profile hearing before the Kansas board of education several years ago.

To hear our full conversation, head to the bottom of the post. First here’s some compelling highlights.

To kick our conversation off, we tackle the most central question. In a time where many would like to put this whole conversation aside, why does it matter where we came from and how we got here?

The Intelligent Design movement has seemed to really refresh this debate. Dr. Simat explains how this is a movement composed not just of what its ideological opponents might like to label as “the usual suspects”.

One of the most commonly-advanced arguments by advocates of Intelligent Design is “irreducible complexity”. What is behind this mysterious phrase & what are its implication for the debate?

The preponderance of the scientific community continues to allege that Intelligent Design doesn’t deserve to be debated because it doesn’t deal in facts and data. Yet, as Dr. Simat notes there is a persistent “missing” feature of Darwin-ism that is rarely brought to the fore.

In view of the clear holes in the Darwinian theory, has the attitude of our educational establishment changed as to potentially acknowledging the merits and potential of Intelligent Design in the classroom? Or are we still in the same general situation there? Dr. Simat takes us behind the scenes and to the crux of the matter.

Several years ago, the good doctor was called as a witness by Kansas’ board of education in a high profile hearing on the issue of possibly changing the state’s classroom guidelines to allow teachers to simply present the proven evidence on what we know and don’t know regarding origins. He explains how the hearing was won & the inexorable push back that finally overturned the initial ruling.

Now to our full interview with Dr. Simat. There’s a bevy of additional insight here including his view on why opponents of Darwinism are dealt with so zealously by the scientific elite. He also responds to recent comments from several prominent Evangelicals as to the character and reliability of Genesis as an account of creation. And finally, how does he feel about the way his scientific peers treat those like him who he ascribe to Intelligent Design?

Part 1 – Where do we come from and why does it matter?

Part 2 – Where do we come from and why does it matter?

To stay up to the moment with the latest entries in our ongoing On the Road interview series via the web or your mobile device, subscribe here!

On the Road with I Am They’s Abbie Parker

Share a journey to great faithfulness in an unprecedented year.

On peach trees and great faithfulness with Ryan Stevenson

The pioneering hit-maker traces an extended season on the outside looking in at his dreams, but how he sees now it was a time full of purpose and hope.

As we look to the beauty of an impossibly blue sky, take in the vastness of the ocean, or consider the majesty of a soaring mountain…

As we look to the beauty of an impossibly blue sky, take in the vastness of the ocean, or consider the majesty of a soaring mountain peak, the question is unavoidable – how did this all get here?! And when we consider the stunning complexity of the human body – from the workings of the eye to DNA to the cell – it’s…